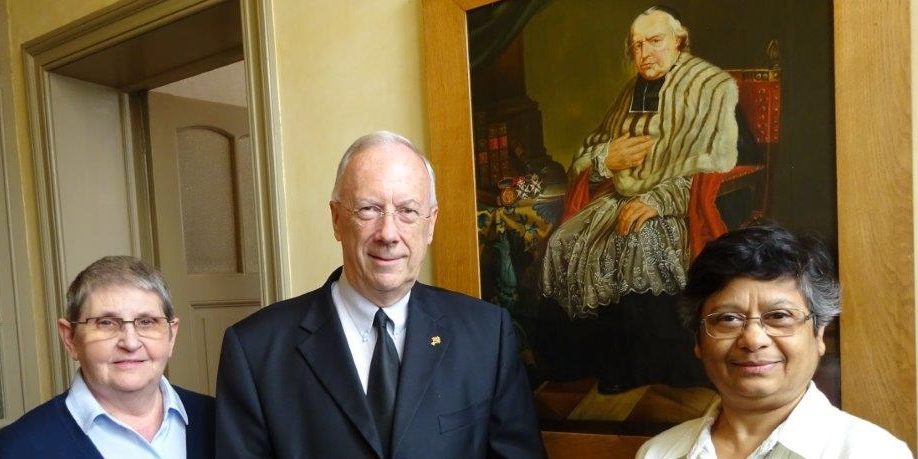 On Saturday 28 April, the general superiors of the three Triest congregations came together to discuss the course of the beatification process of the Servant of God Peter Joseph Triest. Both for the Superior of the Sisters of Charity of Jesus and Mary, Sr. Lucy Jacob, and for the Superior of the Sisters of the Childhood of Jesus, Sr. Lieve Vandesande, it was the first time that they became acquainted with the process, as they were newly elected. They considered developing ways to make Father Triest more widely known, including outside the congregations. In addition, the recent publications on the Founder were presented. It was decided to meet every six months from now on to follow the process closely.